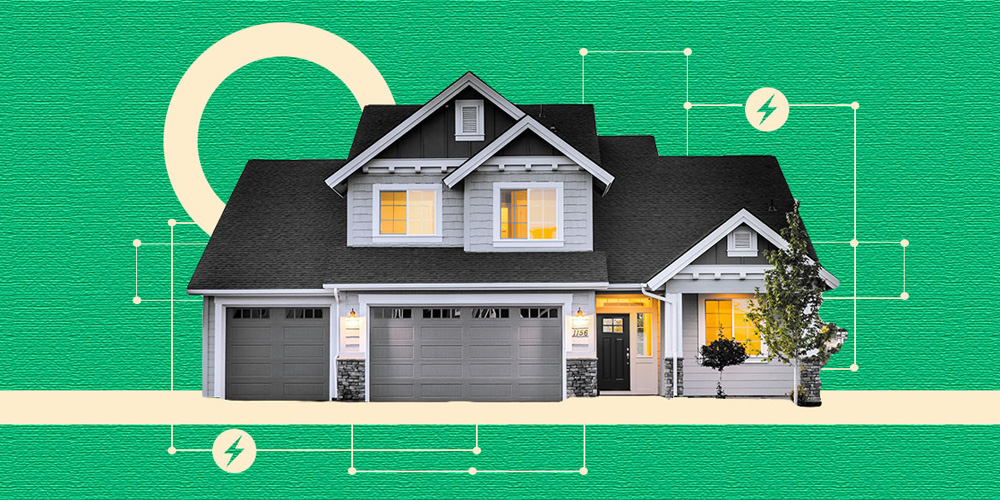 The Mission from MaRS startup’s brilliantly simple heat-pumps are already saving tonnes of energy and money across Atlantic Canada.

Daniel Larsen knew there had to be a better way.

In 2015, the engineering student at the University of New Brunswick learned that in his home province of Prince Edward Island, many residents were switching from oil heat to heat pumps to take advantage of the area’s abundant wind energy.
But the switchover was putting so much strain on the grid that the province’s utility, Maritime Electric, was considering adding another diesel generating station — just for use during peak hours.

To Larsen and fellow students Jordan Kennie and Erik Hatfield, burning diesel to allow for more wind energy made no sense. So, they came up with a solution: a heat pump with storage capability.

Six years later, the simplicity and effectiveness of Fredericton-based Stash Energy’s technology has won some big fans. The City of Summerside, P.E.I., where the utility grid is about 50 percent wind power, was the first investor in the company co-founded by the three engineering students.

“We’re just so excited by what they’re doing and the potential for this,” says Brent Staeben, director of the $90-million Smart Grid Atlantic project at N.B. Power, which is testing the technology in 450 homes in Shediac. “They took something relatively simple and made something brilliant out of it.”

Heating and cooling accounts for nearly two-thirds of the energy used in Canadian homes. And according to Statistics Canada, the majority of the primary heating systems used in the country are forced air furnaces and hot water or steam boilers — most of which burn fossil fuels. As more and more renewable energy sources like wind and solar are used, utility companies need ways to ensure continual supply of energy, whether it’s a cloudy, windless day or if it’s a heat wave and everyone is cranking up their air conditioning at the same time.

Unlike electric, propane or oil heating systems, which use energy to warm the indoor air, heat pumps extract heat from the outdoors — even cold winter air has heat in it — and moves it inside. A compressor inside the pump then uses electricity to warm up that extracted air, the only energy used in the process. Run in reverse, a heat pump can also be used to cool a room.

The impact this can have is huge. Depending on how electricity is generated in a jurisdiction and how dramatic the weather is, over its lifespan, an air-source heat pump can potentially reduce greenhouse-gas (GHG) emissions by as much as 54 percent compared to natural gas.

Heat pumps have been used in Canada and around the world for decades, but Stash Energy’s technology goes an important step further: it can store heat energy. Its cold-climate air source ductless heat pump is combined with a non-toxic environmentally friendly phase-change material, which provides a thermal regulating function. “That’s a relatively new approach to storing heat energy that has some significant advantages,” explains Wayne Groszko, a research scientist at Nova Scotia Community College in Halifax.

The storage is the unique part: it charges during off-peak times. That means that in peak usage hours, a house can tap into the stored energy, putting no extra demands on the grid. Stash’s system also helps utilities integrate wind and solar energy that can be used during peak hours.

“And we also stop the utility from needing to use GHG-emitting natural gas peaker plants during peak hours,” says Dan Curwin, director of business development and regulatory affairs at Stash.

According to the company’s calculations, 10,000 of its units could shift 70,000 kWh of electricity heating and air-conditioning demand from peak periods every day. And if renewables, such as wind and solar, were the replacements for that shift, then Stash’s heat pumps could potentially eliminate 180,649 metric tonnes of carbon dioxide from the atmosphere within a decade — the equivalent of taking 40,000 cars off the road.

In places where there are extreme peaking winter and summer events — the harsh winter in the Maritimes; the hot, humid summers in Ontario — Stash’s unit can provide massive financial savings as well. In Nova Scotia, where electric baseboard heating is common, adding Stash’s system and turning down other heaters could save up to two-thirds of heating expenses. “Sometimes 60 to 80 percent of the annual electricity bill in Nova Scotia is for heating in winter,” says Groszko, “because a lot of existing housing stock is not well insulated.”

“Nova Scotia is an excellent case study because there’s so much electric heat, but we see a future where there’s also going to be a lot more wind energy added to the grid, and we’re going to run into times when there’s actually a surplus,” explains Groszko, who led the project. “So, at that time, if you have a thermal energy-storage unit in your home, you can charge it up super cheap and save a lot of money.”

There’s growing interest in the new product. The challenge, however, is scaling to meet demand. Because different regions and cities have wildly different energy profiles, the team also needs to get a better understanding of where the solution can have the greatest impact — both with GHG reductions and generating savings for customers. The company is also exploring different approaches to breaking into new markets, such as through partnerships with property developers.

Currently, Stash has nine utility projects under way, mostly in pilot form, and new customers signing on in Canada and the United States for 2022. “The results we’re getting from our projects — the way the storage interacts with the grid, the way the utilities are able to control it to optimize the conditions on the grid — have all been really good,” says Curwin.

And the investment community’s increasing interest in green tech is nothing but good news to companies like Stash. “It’s the kind of business you like to get involved with,” says Stash CEO Jamie Davison, who was hired in August. “Because of the positive impact it can have.”

Want the inside track on the latest climate-tech products? Looking to close deals with some of the world’s top innovators? Attend MaRS Climate Impact this November 30 to December 2 and join the movement.

How the emerging carbon market can help scale climate solutions