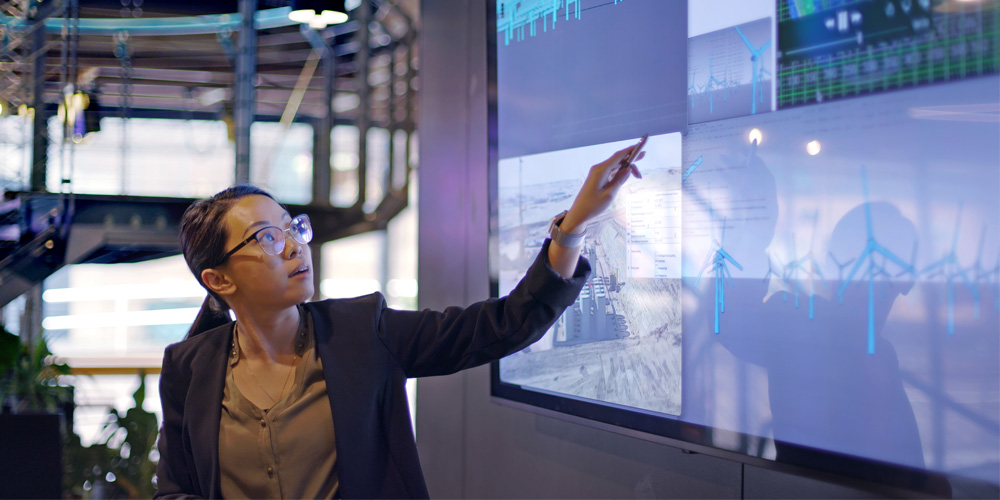 In the last year, investment in Canadian cleantech has increased 200 percent. But cleantech ventures still face a lot of challenges in scaling their solutions.

Clean technologies will power the global economy in the coming decades — both literally and metaphorically. Yet the sector has struggled to excite venture capital investors perpetually chasing the next big thing.

Building an industrial facility to suck carbon dioxide out of the air or store clean energy involves too much time, money and risk for VCs on the hook to deliver investment returns in five years. Despite having more companies on the global Cleantech 100 list than any other country except the U.S., Canada sees just five percent of VC dollars in go to the sector.

But that may be changing. Since 2018, most countries, and 625 major companies, have made net-zero pledges, stoking demand for clean technologies. By 2030, the market for carbon offsets alone could be worth $50 billion. And while many consumer tech companies have struggled with a post-pandemic slump, investment in Canadian cleantech has risen solidly; it’s increased more than 200 percent since last year.

After the deluge of net-zero pledges, could venture capitalists finally be about to start making it rain for cleantech?

This will be a point of discussion at the upcoming MaRS Climate Impact, a two-day conference that explores the issues, barriers and breakthroughs in clean technology.

In advance of the conference, we reached out to four leading investors: Ka-Hay Law, investment director at Telus Pollinator Fund; Alicia Lenis, vice president of Chrysalix Venture Capital; Susan Rohac, vice president at BDC; and Shirley Speakman, senior partner at Cycle Capital, to get their take on the market and opportunities for Canada’s cleantech startups.

Putting the global economy on an environmentally sustainable path won’t come cheap. How much money is needed?

Shirley Speakman: It’s estimated that a transition to net zero will require an investment of $100 trillion, approximately $3.5 trillion every year over the next three decades. We want to get dollars into the hands of entrepreneurs and innovators that can immediately impact climate positively. However, we also need to find financing solutions for the creation of solutions that have yet to be invented.

If clean technologies will literally be the new oil, why aren’t more venture capitalists stampeding toward the sector?

Susan Rohac: There are a lot of challenges for cleantech ventures to scale that make them a bit more difficult to invest in. Most of these technologies are very capital intensive; to go from the lab to demo to full scale takes hundreds of million dollars. And the time from when this is an idea in a lab to full-scale commercialization can be many years. If you combine that with policy and regulatory and market barriers, it becomes less attractive for a traditional venture capital model to invest in these types of companies. The key to what we do in our fund is we support those companies all the way along their growth. So, it’s very important that we invest early and that we keep enough dry powder to continue to invest in them, because they will need follow-on money as they grow and scale.

Which technologies will have the biggest impact in the next five years?

Alicia Lenis: Canada has an edge in critical minerals. Building all the infrastructure to decarbonize will require massively more copper, nickel, cobalt and lithium. With Canada’s strong mining industry, we are in a position to lead in sustainable mining. Innovative companies, like MineSense in B.C., Novamera in Ontario and Summit Nanotech in Alberta, are building game-changing technologies.

Susan Rohac: Canada can win in the battery space. We’ve got some interesting long-duration battery technologies that are scaling now. The worldwide demand for hydrogen is also increasing and the global market could reach $11 trillion by 2050. Canada has all the ingredients necessary to be competitive in this space, too. We’re rich in water and electricity, two of the ingredients that go into making hydrogen.

Shirley Speakman: We are seeing exciting innovations in food and agriculture to reduce carbon and efficiently feed the planet’s population, in building technologies to house an urbanizing population, and in energy storage to integrate renewables and make those urban centres more carbon efficient. An intriguing area that is generally overlooked is the role that internet-of-things devices can play in reducing power consumption and enabling the energy transition.

So, what’s holding us back?

Susan Rohac: A lot of companies have developed amazing technologies, but to deploy them at full scale will take significant capital. A lot of Canadian companies have what I would consider shovel-ready projects. It would be a shame if they go to foreign soil to build out their first commercial-scale plants, because of the lack of capital in Canada. We’re very good at developing the technologies and supporting these companies through commercialization, but we have to make sure, as a nation, we are there at the table to invest in the projects. There are very few people in Canada writing these big $25-million to $100-million cheques. And that’s what it takes to commercialize some of these at full scale.

Ka-Hay Law: I’d like to see more investment into climate resilience and adaptation in the next five years. Our communities need tools and strategies to adapt to extreme weather patterns. This includes solutions that provide more advance warning for flooding, heat or wildfire events and enables better response strategies. We know that the most vulnerable in our communities — those with lower income, the elderly — are more impacted by these drastic events and finding equitable solutions that will support all populations will be key.

Alicia Lenis: A lot of dollars seem to be going into software solutions. These are needed and important. But I’d like to see more dollars going into hardware solutions, whether its new technologies to extract or recycle critical energy-transition minerals or solutions to decarbonize hard-to-abate industries like concrete, steel and chemicals.

Hand on heart, will Canada hit its net-zero targets?

Ka-Hay Law: We don’t have a choice; the climate crisis has become so severe. We need visionary entrepreneurs to bring forward climate innovations that are supported by more investors, and it requires both the private and public sector to collaborate. The government can play a strategic role in de-risking innovations, which can encourage more investment. Capital markets and investors can channel financing to help scale innovations and companies can think about the many ways they can contribute to reducing carbon emissions. This is the challenge for our generation that we need to work on collectively.

Shirley Speakman: Jack Welch, the former CEO of GE, once said, “Nothing of any importance has ever been accomplished by a pessimist.” In the context of the climate crisis, I couldn’t agree more with him. It’s not that we should be Pollyanna-ish, but neither can we afford to give up. Will we hit our targets? I don’t know. But I do know humanity can’t afford zero progress.

Hear Susan Rohac’s insights on why food is such an important area when it comes to tackling the climate crisis on the new MaRS podcast Solve for X: Innovations to Save the Planet.

After the fire: How drones and lasers can keep forests healthy