How the emerging carbon market can help scale climate solutions 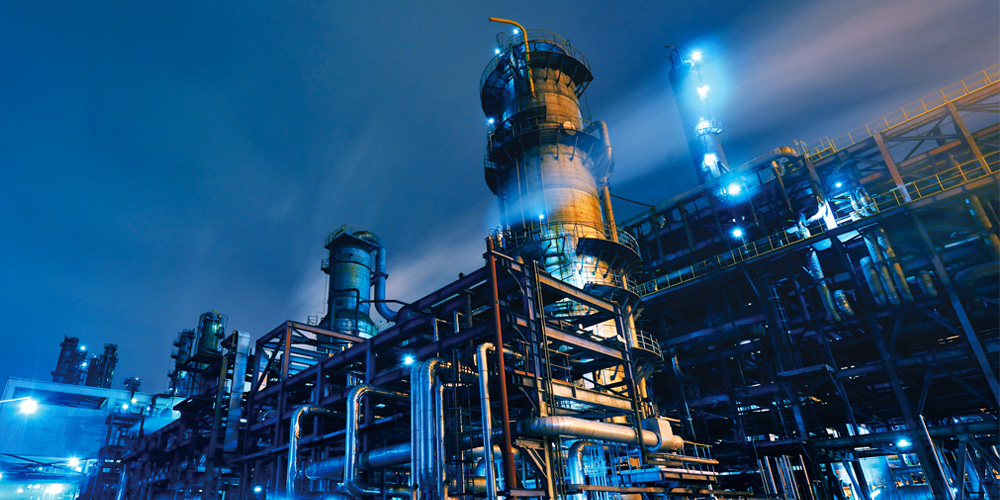 Accountants are not typically heralded as green heroes, but number crunchers are now propelling corporations and governments toward meaningful climate action.

Of all the technological solutions that can solve the climate crisis — improved efficiency, cheap renewable energy, herds of low-methane cows — one of the most significant is carbon capture and storage. As the most recent report by the Intergovernmental Panel on Climate Change made clear, stopping new greenhouse gas emissions won’t be enough. To prevent catastrophic warming, we need to actively remove existing, heat-trapping gas from the air.

There are now a number of ways to do so. We can plant two billion trees, as the Trudeau government is slowly doing; forests and wetlands naturally absorb CO2. And there are the technologies pioneered by companies whose entire business is carbon sequestration, including Switzerland’s Climeworks and Colorado’s Global Thermostat.

Closer to home, B.C.-based Carbon Engineering, which is one of MaRS Climate Champions, draws carbon dioxide directly from the atmosphere — a process known as direct air capture. Halifax’s CarbonCure, meanwhile, targets the cement industry, an immense polluter that produces eight percent of the world’s greenhouse gas emissions (GHGs). It captures CO2 from a variety of industrial sources, then injects it into fresh concrete, trapping the carbon forever while also improving the concrete’s strength. These solutions have the potential to remove a lot of CO2.

But getting these technologies to scale requires extraordinary investment, and persuading investors to pony up that money requires a degree of transparent accounting and oversight that has been absent until recently. In the last few years, as the myriad effects of the climate crisis have increasingly impacted the bottom line of virtually every business, several international regulators have sought to make climate disclosure mandatory. This, in turn, is making carbon markets more attractive to investors. (The federal government launched one in June.) Accountants are not typically heralded as green heroes, but number crunchers are now propelling corporations and governments toward meaningful environmental action.

Carbon credits have been used by businesses and individuals for decades as a way to offset their emissions. Simply put, if you emit a certain amount of GHGs, you can invest in, say, the planting of a bunch of trees that will absorb that same amount of GHGs. But carbon credits and the carbon markets that emerged around them have been unregulated, voluntary and fragmented. After buying a few carbon credits to offset a March Break trip to Costa Rica, you could fairly wonder if you were making an actual difference.

More perniciously, many companies have been accused of gaming the system, using offsets to create the illusion of climate action while still polluting. Earlier this month, the chief executive of DSW, the asset management subsidiary of Deutsche Bank, resigned over claims that it had been misrepresenting its Environmental Social Governance (ESG) credentials.

But a carbon market that is regulated, standardized and cohesive can be a catalyst that helps companies get to net zero while also injecting financing into the cleantech firms that are pioneering carbon-negative technologies. Essentially, it creates an industry out of fixing the climate.

“You need to stimulate ambition,” says Lisa DeMarco, the chief executive of Resilient LLP, and the International Emissions Trading Association council chair. “Our problem hasn’t been that the solutions don’t exist. The problem has been scoping and scaling them. With environmental markets and trading, you can get a trillion more dollars of action per year.”

Canada has led the charge toward this long overdue disclosure. In October 2021, the Canadian Securities Administrators proposed new climate-related requirements for public companies, including disclosing their GHG emissions and how climate-related risk impacts their strategy and financial planning. In March, the Securities and Exchange Commission followed suit in the U.S., and the International Sustainability Standards Board likewise sought to unify global sustainability disclosure standards. Regulators expect to have their new rules in place by the end of the year.

Alongside these initiatives, Mark Carney led a task force on scaling voluntary carbon markets. Another Canadian, the former federal environment minister Catherine McKenna, is chairing a new UN panel designed to ferret out greenwashing in the business world. Plus, at COP26 last year, a number of countries finalized the thorny Article 6 rules originally proposed in the Paris Agreement. Once completed, this framework will establish comprehensive guidelines for how countries can use carbon markets to meet their reduction requirements.

“It really was a necessary step in getting what were disparate voluntary initiatives into a more regulated state,” says DeMarco.

Listen to this episode of the new MaRS podcast Solve for X, where we explore carbon removal and the emergence of carbon markets.

All of this activity is extraordinarily complex. But the impact will be significant — it will harmonize and legitimize ESG funds while also making corporations’ actual carbon footprints very public. It will also, crucially, generate new investment for carbon-sequestering firms. To date, CarbonCure reports that it has prevented 164,000 tonnes of CO2 from entering the atmosphere, and Carbon Engineering estimates that once its first commercial facility in Texas is up and running, it could remove a million tonnes a year.

These are dramatic numbers, and they’ve been made possible by recent high-profile investments. Aerospace giant Airbus has pre-purchased 400,000 tonnes of carbon removal credits from Carbon Engineering’s U.S. partner, and CarbonCure recently announced a U.S.$30-million funding partnership with Invert, an emissions reduction and offset company, and crypto purveyor Ripple.

“They’ve actually purchased more carbon removal credits than we’re able to provide today,” says Eric Dunford, CarbonCure’s senior director of government affairs. “They’re providing surety — that if you keep doing these things, that demand will exist for you into the future.”

To achieve the transparency that investors and regulators will require, CarbonCure is working on ways to digitally track every CO2 molecule it sequesters, from point-of-capture to where it ultimately ends up. Dunford points out there are a lot of partners and stakeholders and they’re not always on the same page or able to provide the same level of information.

“If you think of the construction cycle,” he says. “There are a lot of players and the systems aren’t set up to talk to one another. You have the owner, an engineer, a contractor, a concrete supplier, and us in the middle of all that. It’s more of a permissions and communications thing.”

Such a “communications thing” is the raison d’être of Manifest Climate, a Toronto-based firm specializing in climate software that enables companies to understand their climate impact. As co-founder and CEO Laura Zizzo says, until now business plans haven’t shown how companies will handle their biggest economic risk: climate change. New regulatory rules will change that. But she believes that simply disclosing emissions won’t go far enough.

“It’s much broader than greenhouse gas emissions and carbon markets,” Zizzo says. “This is about the climate transformation. How are you transitioning your business to something that is low-carbon and not dependent on a high-carbon economy?”

To that end, her software is qualitative rather than quantitative, and analyzes how educated the employees of, say, a bank or mining company are around climate issues, how they’ve integrated them into strategic and risk management practices, how they relate them to executive compensation, and so on. “We’ve been making bad decisions for a long time,” Zizzo says. “But I’m optimistic that once decision-makers have access to better, more useful information, we’re going to make better ones.”

Discover more ways to fix our carbon problem: In the first episode of Solve for X, tech journalist Manjula Selvarajah talks to Anna Stukas from Carbon Engineering, one of 10 ventures in the Mission from MaRS: Climate Impact program about its direct air capture technology.