Zap it, trap it, transform it: Canada’s innovators have some ideas for sinking our carbon problem 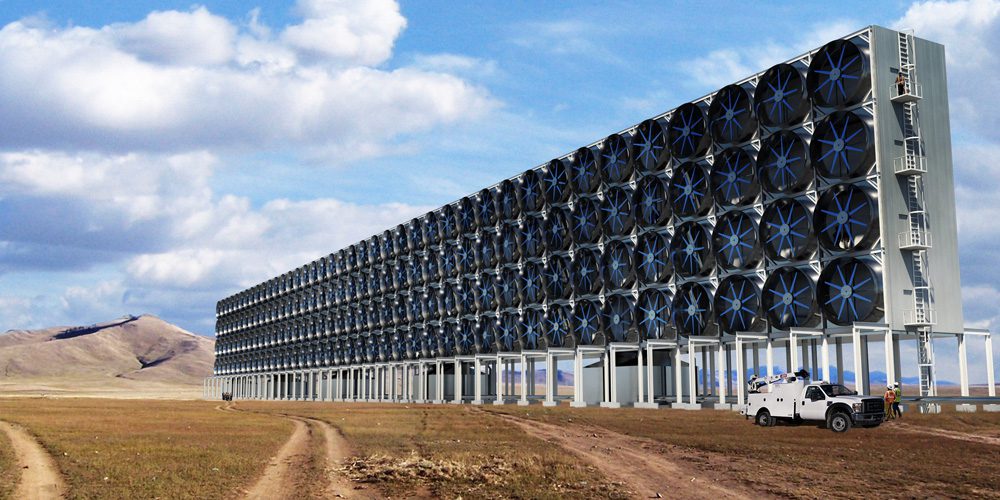 Startups are working on new ways to cut emissions and take carbon dioxide out of the air.

After a brief lull during the pandemic, we’re back to our old habit of blowing past climate-change targets. Greenhouse gas emissions are rising again and reached their highest-ever level last year. As a recent report from the International Energy Agency put it, “the world has not heeded the call for a sustainable recovery from the COVID-19 crisis.”

With the clock ticking toward 2030 — widely seen as a make-or-break deadline to start making serious headway in tackling climate change — experts are getting nervous. They are now starting to look seriously at technologies that go beyond simply curbing emissions to those that can also take carbon dioxide out of the air.

“The latest scientific reports tell us that rapid decarbonization is critical,” says Chris Webb, global head of carbon markets at HSBC, which plans to provide up to U.S.$1 trillion in finance and investment by 2030 to support its customers in decarbonizing and accelerating the adoption of new climate solutions. “However, they also now show that even with swift reductions in greenhouse gas emissions we will still need to remove GHGs from the atmosphere to meet the Paris Agreement targets.”

Several Canadian companies are stepping up with solutions that provide new ways to slash emissions and new places to stash carbon dioxide safely out of the atmosphere. Below are six of the most innovative approaches to dealing with our carbon dioxide problem.

Plant it: To restore forests destroyed by wildfires, Flash Forest is taking to the skies Boreal forests make up the globe’s largest terrestrial carbon storehouse, caching 209 billion tonnes of it — 11 percent of the planet’s total. Yet we are losing these leafy carbon sinks at an alarming rate. Wildfires destroyed some 10.35 million acres of Canadian forest last summer; one near Kenora, Ont., consumed close to half a million acres, single-handedly exceeding the annual average for the entire province.

To kick-start regrowth in these hard-to-reach burn sites, Toronto startup Flash Forest, one of 10 Climate Champions in the Mission from MaRS program, is employing a novel technique: planting by drone. This spring, it partnered with a local Indigenous company to drop its seed pods into the Kenora Forest and is embarking on other planting missions in Alberta and British Columbia. The venture tailors the seed pods for each location — spruce and pine in Ontario; Douglas fir, larch and Ponderosa pine in B.C. — to ensure this next generation of trees has the best chances of survival.

Absorb it: Direct air capture offers another way to do what trees do naturally — on a massive scale

We’ve known for a long time how to take carbon dioxide out of the air — it allows astronauts in space stations and sailors aboard submarines to breathe. But the technology to capture it from the atmosphere in significant quantities has been refined only in recent years. Carbon Engineering, based in Squamish, B.C., is one of about a dozen companies around the world that are now working to commercialize these advances with large industrial-grade facilities.

“We not only need to reduce our emissions rapidly and at a very large scale, we also need to deploy billions of tonnes of removal,” says Anna Stukas, Carbon Engineering’s vice-president of business development. The company, another Climate Champion, is developing its first commercial project in Texas. Once fully operational it could capture up to a million tonnes of carbon dioxide from the air annually — equivalent to the emissions from 125,000 homes.

Here’s how it works: Giant fans suck in air from the atmosphere and pass it over a series of plastic filters covered in a solution that traps about 75 per cent of the carbon dioxide molecules. The solution is concentrated, purified and then converted back into pure compressed carbon dioxide gas. To prevent the carbon dioxide from escaping back into the air, it is pumped into the ground. “We inject it very deep — 1.5 to three kilometres underground into porous rock,” says Stukas. The gas slowly reacts with the rock and turns into minerals like calcium carbonate, trapping it forever.

Trap it: Sometimes, building a wall is the answer Carbon dioxide may be the villain of the natural environment, but it is the fairy godmother of the built one. The greenhouse gas acts as a kind of magic dust for concrete, making it up to 40 per cent stronger. Thirty billion tonnes of concrete are used each year worldwide, and several Canadian companies are working on technologies that carefully infuse carbon dioxide or carbon-containing additives as it is being mixed. The companies include CarbiCrete, Carbon Upcycling and Halifax-based CarbonCure, which last year won the global Carbon XPRIZE for the most scalable carbon technology.

The secret ingredient created by carbon dioxide is calcium carbonate — the tough mineral found in limestone, shells and pearls. In concrete, it plugs tiny gaps formed during mixing, adding density and strength. That means buildings can be erected using less raw material, and the carbon sequestered in the concrete stays there permanently — even if the concrete is broken down. In addition, calcium carbonate reduces the need to use cement, which is made in a process that emits vast amounts of carbon dioxide.

These proven technologies are now being deployed in commercial buildings throughout North America, including Amazon’s new headquarters. CarbonCure’s concrete has also been used on the de-icing apron at Calgary International Airport. So, the next time you’re stuck there, waiting for your flight to take off, you can console yourself that you’re sitting on concrete that saved 160,000 kilograms of carbon dioxide emissions.

Convert it: New tech can turn exhaust into building materials and toothpaste

Heather Ward was working at a social-innovation incubator in Ottawa when Jerry Flynn, an American chemical engineer, dropped in to share his idea for a carbon recycling system that could be used to decarbonize heavy industrial plants.

Flynn wanted to create a modular unit that could be retrofitted into an existing plant to capture carbon dioxide from the exhaust gas and convert it into precipitated calcium carbonate, a non-toxic mineral used in many everyday products, including toothpaste, pharmaceuticals and construction materials.

In 2017, Ward became a co-founder of Hyperion Global Energy (formerly Tandem Technical), and a year later, the venture reached the semifinals in the Carbon XPRIZE, a global competition to find technologies that convert waste carbon dioxide into usable products. “We call it carbon recycling because we are turning carbon dioxide into a new material,” says Ward. The tech does double duty on environmental impact by reducing the need to mine calcium carbonate as well.

The company is launching its first commercial pilot project at an industrial host site this summer. The plan is to quickly scale up in order to recycle 100 tonnes of carbon dioxide daily. Long term, Ward says Hyperion plans to create other sought-after minerals and work with other sources of carbon removal, too.

“Our timeline to commercialization is rapid and aggressive,” she acknowledges, but it’s a tempo she says is necessary given the urgency of the climate crisis. “All of these technologies will be needed in the future. There will not be any silver bullets.”

Transform it: Shipping is a dirty business. A new biofuel could clean it up Modern container ships may be so large they can block the Suez Canal, but they’ve still managed to slip through the net of emissions rules. Plying their trade in international waters, the world’s 50,000 merchant ships burn fuel so dirty they account for three per cent of global carbon emissions.

Energy tech startup Valent is now leading a consortium of Canadian companies to develop a low-carbon renewable diesel. Made of byproducts from forestry or farming, the biofuel should work in existing ship engines and provide a more sustainable alternative to the heavy oils currently used.

Zap it: Graphene is an ultra-strong and light form of carbon

Graphene is one million times thinner than a single human hair, but many times stronger than steel. It is incredibly lightweight and flexible, and highly conductive. Discovered in 2004 and derived from graphite — the form of carbon inside every pencil — it’s currently found in sporting goods and smartphones.

For all of graphene’s possibility, however, its commercialization has been, to say the least, challenging. To produce a high-quality form of it at scale typically requires large amounts of graphite (a mined material) and an expensive milling process that involves harsh, dirty solvents.

But in 2019, a synthetic organic chemist named James M. Tour devised a new method that involved rapidly superheating carbon, taking it from room temperature to 2,700 degrees Celsius in about a second, which causes impurities to boil or “flash” off. As the carbon cools down, the bonds reform into the characteristic hexagon shapes of graphene.

Not only was it a much easier, cheaper and cleaner method, it can also use any kind of carbon source as a feedstock. Suddenly, graphene could be made from food scraps, rubber tires, discarded plastic or petroleum coke, the noxious byproduct from refining tar sands oil.

The firm is currently focused on using graphene in plastic parts, rubber tires, batteries and supercapacitors, but it’s setting its sights on a bigger target: the cement industry. Like other forms of carbon, adding graphene to cement makes it stronger. “That means you can use less cement to make the same building, bridge or road,” van Leeuwen says.

Graphene can also be used to decarbonize oil and gas. For example, methane from natural gas can be split into hydrogen and carbon, which can be used to make graphene. Instead of being burned, the carbon can be put into asphalt, paints and other materials where it will last for hundreds of years.

“It’s a double whammy,” van Leeuwen says of emissions. With this new approach, “you reduce the amount of materials you would normally use. And you have an additional greenhouse-gas reduction by not polluting the air further. That’s pretty astounding.”

Creating impact with the first Mission from MaRS cohort