Is it safe to reflect sunlight back into space? Two climate scientists discuss the risks 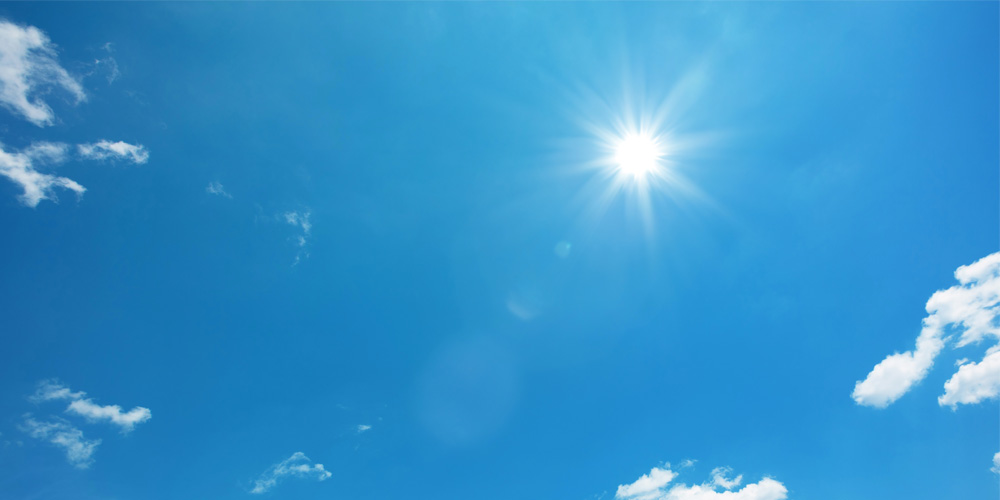 Katharine Hayhoe and David Keith assert that geo-engineering has great potential to cool the planet. They also admit that more research is necessary to avoid unforeseen disaster.

Greenhouse gases are at their highest levels in three million years. Rain is falling on Greenland instead of snow. And the Intergovernmental Panel on Climate Change gives us a 50-50 chance of keeping global warming to 1.5 degrees this century. Is it time to pull the emergency brake on climate change?

As the window of opportunity to curb emissions narrows, more radical ideas are gaining currency. One of them is solar geo-engineering, which aims to cool the planet by reflecting more of the sun’s heat into space. Ideas being discussed include seeding the stratosphere with droplets of gaseous sulphuric acid to scatter the sun’s rays, thinning high-level clouds to let more heat escape, and whitening low clouds by spraying salt into them.

Proponents say these tactics could buy us time to transition from fossil fuels. Critics argue the cure could be worse than the disease if such climate tinkering goes wrong. MaRS Climate Impact convened two prominent climate scientists to discuss the potential of solar geo-engineering — and whether it’s time to consider such desperate measures. Here, Denise Balkissoon, the Ontario bureau chief at The Narwhal, talks to Katharine Hayhoe, chief scientist at The Nature Conservancy and professor in public policy and public law at Texas Tech University; as well David Keith, professor of applied physics and public policy at Harvard University, and founder of Carbon Engineering.

Denise Balkissoon: Should we consider manipulating the earth’s climate?

David Keith: Solar geo-engineering is the idea that humans might intervene in the earth’s climate to reduce some of the consequences of increased CO2. So, the question isn’t, “should we intervene in the earth’s climate?” Because the purpose of this would be to reduce the amount of climate change. It’s not to make some artificial designer climate. To me, this comes down to weighing the risks and benefits of doing it and, most importantly, the risk of moral hazard — the idea that talking about it will somehow reduce the drive to cut emissions.

Katharine Hayhoe: We are already conducting a truly unprecedented experiment with the only home that we have. We are putting more carbon into the atmosphere every year. There’s the potential for some truly unpleasant surprises as we push this planet further and further from where it’s supposed to be. But there are ways to take carbon out of the atmosphere and these are also types of geo-engineering. Large-scale tree planting is a form of geo-engineering. Conserving, protecting and restoring ecosystems so they can take up more carbon is a type of geo-engineering. Nature-based solutions like smart agriculture, cover crops, restoring coastal wetlands — these are all ways to take carbon out of the atmosphere. But the type of geo-engineering that we’re talking about is not one that takes carbon out of the atmosphere, it’s one that mimics the effect of a volcano on the earth’s climate. When powerful volcanoes erupt, they spew particles into the upper atmosphere that act like an umbrella to reflect the sun’s energy back to space. That temporarily cools the planet — for a few weeks to up to a year or two for the biggest volcanoes. But it also affects the amount of solar radiation that’s coming in, which we need for crops, plants, ecosystems and more.

Balkissoon: What’s needed to figure out if solar geo-engineering is really an effective solution?

Keith: More research. This is, in some ways a horrifying new idea — it represents a human involvement in the natural world that is different from what we’ve done before. That has real ethical consequences.

For example, if you add any aerosol (to the atmosphere) you’re going to harm people. Aerosol pollution is the killer of four to eight million people a year — it’s much bigger than climate right now. So, the ethical question is, “how many people would be harmed if you added aerosols to the atmosphere?” We were able to produce some papers that give a reasonable answer to that because I collaborated with an expert who had a model that already dealt with sulphur in the atmosphere. That’s an example of the kind of thing one can do again and again: use our current tools to improve our knowledge about how effective this might be in reducing the climate risk. That isn’t just temperature but also local changes in water availability or extreme events or sea level. And to then understand what some of the side effects might be. What it might do to the ozone layer or to increase aerosol pollution or to alter the way crops grow. These things are not perfectly knowable, but we could know a lot more, if we had a focused research effort.

Balkissoon: What are some of the main arguments against it?

Hayhoe: There are still a lot of questions we don’t know the answers to. But the technology required to do solar geo-engineering is not ultra-high tech. There’s a fair number of countries that could do it if they wanted to. One of the things that keeps me up at night is the risk that a country could decide unilaterally that they were going to do it. That’s why this research is so important. Not necessarily because we in North America might want to do it, but how do we know that if we don’t study the potential and the risks and what it would accomplish?

Keith: To me, the biggest question is of moral hazard. Does simply doing the research lead to a risk that it will somehow be abused? I think the answer is yes. But I want to give one important piece of ethics and history. There were many people, most prominently Al Gore, who argued very strongly that we should not put any effort into doing research and development of climate adaptive measures — things like making more drought-resistant crops. The argument that Gore made was that giving any credit to adaptation would lessen the necessity to cut emissions. I think in hindsight that argument was both unethical and perhaps wrong. It’s unethical to say that local people shouldn’t be able to protect themselves from climate risks. Also, it appears in hindsight to be wrong because we now have much more attention to cutting emissions than we did when Gore made those claims (he’s changed his mind), and much more attention to what’s now called climate resiliency. So, we can walk and chew gum at the same time.

Hayhoe: I am a climate adaptation scientist. I study the impacts that climate change is already having at the local to regional level. The first big study I led was for the State of California. It looked at how climate change would affect everything from wine grapes to water supply and was directly quoted in the governor’s 2004 executive order that made California the first state in the country to have a mandatory greenhouse-gas emissions reduction target. Far from discouraging mitigation, when we actually look at whether we can or can’t adapt, that actually sparks adaptation, understanding just what an unprecedented experiment we’re conducting with our planet and how important it is to act now while we still have time.

Balkissoon: Does solar geo-engineering allow us to continue down the path we’re on now?

Keith: The short answer is no. Nothing about solar geo-engineering changes the fundamental fact that if you want to deal with climate risk, you have to eventually bring net emissions to zero.

But it’s important to remember that even if we brought our emissions to zero tomorrow, we’d still have long-term climate risk from the CO2 that’s in the air. And if it’s true (and we don’t know that it is) that solar geo-engineering could usefully reduce the risk from the CO2 in the air now, and without too many side effects (again, we don’t know that), then it might make sense even if there were no more emissions. Whether to do solar geo-engineering is an ethical and technical decision about the harms of doing it against the benefits of doing it, and it’s less dependent on what emissions are doing.

Hayhoe: There are people from the right of the political spectrum who take this as a Get Out of Jail Free card. And as David was entirely clear, it is not. We have to cut our emissions; we have to reach net zero. That is the only way to fix this problem.

What solar geo-engineering might offer (we don’t know for sure yet) is a way to temporarily mitigate some of the consequences of our poor decisions. But we need to cut carbon emissions as much as possible, as soon as possible. And we need to increase the ability of nature to soak up that carbon, because nature wants that carbon in our soils, where it’s a fertilizer. When we restore ecosystems, when we practice smart agriculture, when we take carbon out of the atmosphere, we are practicing a form of geo-engineering. But it’s one that has beneficial results if done correctly and helps us get to net zero.

Balkissoon: Katharine, at COP26 there was a lot of focus on things that were watered down. But is there anything from the conference that makes you feel optimistic about the next decade or so?

Balkissoon: David, if you had unlimited dollars to tackle climate change over the next decade, where would you spend them?

Keith: I’d spend about two-thirds on emissions cuts and I’d pragmatically go after the big emission sources. That involves driving more renewables into the system and capturing carbon from some big, fixed sources like cement plants. And I’d spend about one-third on adaptive measures like air conditioners for poor schools. I’d spend a tiny amount, less than one per cent, on all climate research. Because we need to spend about one or two percent of total GDP — maybe more — on cutting emissions. That’s maybe $2 trillion a year globally. The amount we spend on climate science is like $10 billion a year. I might spend a few percent of that on solar geo-engineering, so less than 0.01 percent of the total.

In the last few years, there has been a growing understanding that heat is a huge driver of [negative] impacts, especially for the world’s poorest. It kills people, it makes them less economically productive, and it makes them learn less well. And that’s one of the reasons why it’s worth getting serious — not necessarily doing it — but about understanding the potential of solar geo-engineering. It could have special benefits for people who live in the hottest and poorest countries, and it can reduce the inequalities that are driven by climate change. But I don’t think we should advocate for doing it, I think the question is learning more.

The text has been condensed and edited for clarity.

Zap it, trap it, transform it: Canada’s innovators have some ideas for sinking our carbon problem